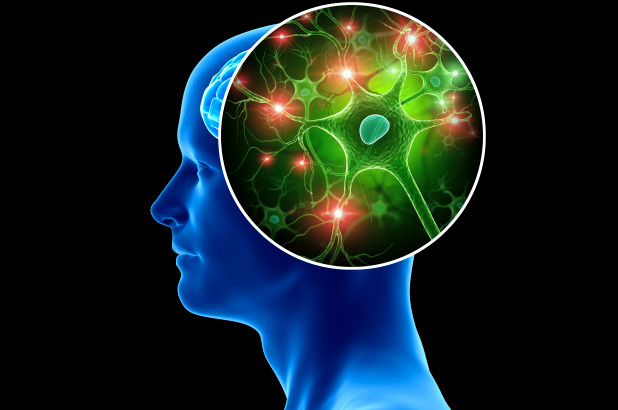 Millions suffer from conditions without known causes. Some contend with constant pain, many live with unrelenting mental anguish. None of them know why.

Microglia are long-dismissed free-floating brain cells located all over the brain, making up 10 percent of the cells that populate the inside of our skulls. According to emerging research, these cells appear to play a significant role in a host of conditions including Parkinson’s disease, schizophrenia, traumatic brain injury, anxiety disorders and more.

The book emerged from Nakazawa’s personal experience. In 2001 she first developed an autoimmune disorder called Guillain-Barre, which paralyzed her, keeping her bedridden on and off for the next five years. She also suffered from cognitive issues — suddenly she couldn’t remember the name of the watermelon she was cutting or how to do her child’s first-grade math — that were dismissed as situational depression.

“My brain did not feel like my own,” she wrote.

Once she recovered, she started to examine other cases where cognitive issues, depression and brain fog developed during or after a physical illness. She found that people with everything from multiple sclerosis to bacterial infections were more likely to develop depression, bipolar disorder and memory issues. Could sickness in the body create behavioral changes in the brain?

This question led her to the emerging field of psychoneuroimmunology, where new research on microglia cells has started to revolutionize our understanding of the brain. Microglia, which are relatives of white blood cells and lymph cells in the immune system, were previously viewed as “humble trashmen” of the brain and believed to have only one role: to get rid of dead neurons.

But in 2012 a series of research papers showed that microglia played a far more complex role than ever imagined. They not only “held enormous power to protect, repair and repopulate the brain’s billions of neurons,” writes Nakazawa, but they also can “cripple and destroy, leaving wildfire-like devastation in their wake.”

When microglia are overactivated for one reason or another (potential instigators can be illness, stress, a head injury) they start to target and attack healthy neurons, eating away “at the synapses that give us mental stamina, hope, joy, and clarity of mind.” It’s a runaway problem — sometimes after microglia start, they can’t stop and continue destroying synapses for years after the precipitating event.

While healthy microglia can help us thrive, they can also make us miserable — hence Nakazawa’s nickname for them: “the angel and the assassin.”

Researchers have confirmed that a host of conditions — from autism to Alzheimer’s disease — lead to hyperactive microglia, and they are now finding ways to “calm” these cells.

One method is called “brain hacking” — using transcranial magnetic stimulation to “reboot” the brain and its army of microglia cells. Another, often used in tandem, is neurofeedback, which relies on pleasing sounds and imagery to “retrain” the brain. (Nakazawa interviewed a few patients who’ve undergone such training with positive results, making for a compelling, though purely anecdotal, case.)

When people reduce their calories to near fasting levels (called “fast-mimicking” diets) it seems to also help quiet the immune system and the brain. And then there are other technologies like gamma-ray light flicker therapy which helps train the brain to “heal itself” and is currently heading into clinical trials as a treatment for Alzheimer’s disease.

Nakazawa was sick before any of these therapies were in play, but she did seem to intuit that communication between the brain and body would be key to recovery. “I did do a lot of dietary changes,” she said in an interview, “worked on healing and rebooting my microbiome through diet . . . and now we know that immune cells in our gut talk to microglia in the brain. We didn’t know that then, I just knew I felt better.”

The hope, Nakazawa writes, is that others latch onto this new knowledge about microglia and the ability to retrain the brain to ultimately live with less depression.

These new microglia-harnessing technologies bring “extraordinary promise and hope” to one day even “treat intractable depression in the millions of people for whom medication alone is not enough to relieve their suffering,” she said. “This is a brave new era of hope.”

This blog is reposted from: https://nypost.com/2020/01/25/how-brain-hacking-could-help-fight-alzheimers-depression-and-more/ – All credit belongs to www.nypost.com and Susannah Cahalan.