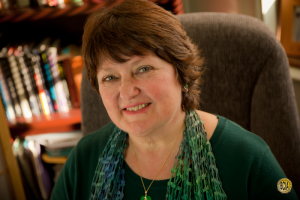 Dr. Victoria Ibric is a board certified Neurofeedback and Biofeedback clinician/ instructor/ mentor. Dr. Ibric graduated from medical school in Bucharest, Romania and obtained her PhD in both immunology and health psychology.  Following her arrival in the United States she continued to work in cancer research followed by neurology.  While conducting research at the Virology Institute in Bucharest, University of Southern California’s Cancer Research Laboratory and Children’s Hospital, Los Angeles, her work involved exploration into the origins of cancer induced by viruses or chemical agents, as well as cancer prevention with use of Vitamin C and other anti-oxidants (Cancer Research Papers). Her research also explored the glia cells responses to oncogenes, various growth factors and their involvement in causing seizures (Neurology Research Papers). Her work in Neurofeedback produced several scientific papers and book chapters.

About 28 years ago, Dr. Ibric became interested in the self regulatory responses to disease, and was trained in General Biofeedback and EEG Biofeedback (Neurofeedback) and Quantitative EEG by some of the leading scientists in the field of Neurophysiology and Neuropsychology. Presently, she has a full time practice in Pasadena at the Neurofeedback and NeuroRehab Institute, Inc, consulting to UCLA Pain Medicine Center, Kaiser Permanente, Good Samaritean, Huntington Hospital and other private clinics.  She provides Biofeedback and Neurofeedback (brainwave biofeedback) services for a variety of disorders and stress-related conditions, as well as peak-performance training.  Since 1993, Dr. Ibric has had a high rate of success (82%) using Neurofeedback training on patients post traumatic brain injury with chronic pain, sleep disorders, depression, anxiety, ADD/ADHD, Autism, addictions, tremor and seizure disorders. Dr. Ibric continuously applies her research experience while practicing Neurofeedback and actively presents results of her work at professional conferences.  Results of her work have been published in peer-reviewed journals and made chapters in specialty books.  She continues to be an enthusiastic advocate and active promoter of the Biofeedback/ Neurofeedback in the community and in National/ International forums.

International Association for the Study of Pain (IASP)